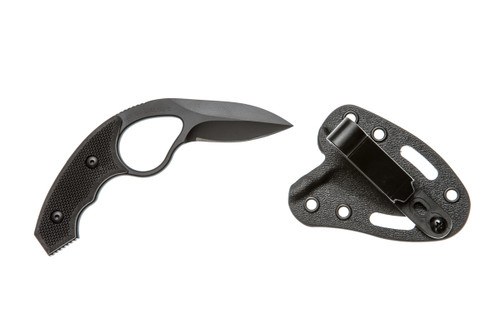 Belt clips are made by GCode. Manufactured of the highest-quality 100-series Kydex, each sheath is expertly formed. Outer edges are trimmed and buffed to a comfortable finish to minimize hot spots. Clip incorporates negative-angle design to force the sheath closer to the body. This improves the conceal-ability of the knife without increasing bulk. In addition, the sheaths' multi grommet/slot pattern make it easy to customize your method of attachment.Meet the designer/trainer: Four men, one idea. promote better blades and blade skills to serious practitioners.