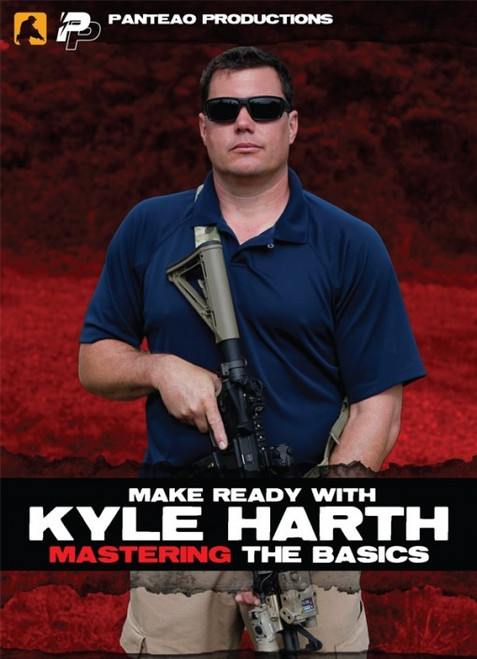 Brilliance in the Basics should be the first video you ever watch when it comes to handling a rifle. Kyle Harth is a veteran of the US Army Special Forces and served multiple combat tours and deployed globally in operational, instructional and advisory capacities. In this video Kyle breaks down the fundamentals in a clear and concise manner. He reviews the difference between a direct gas impingement system versus a gas piston system, barrel lengths, controls on your rifle, caliber selection, bullet flight, zeroing your rifle, target selection, trigger control and sight alignment, stances and position for shooting, movement and ready positions, and more. This video is a great addition to your library of resource material and will help make you a better shooter.

Kyle Harth is a veteran of the United States Army, where he served four years as an Infantryman and fourteen years in Special Forces. He has served multiple combat tours and deployed globally in operational, instructional and advisory capacities. His tours include Europe, the Caribbean, Afghanistan and Iraq. After his separation from the service, he served in private contractor roles handling high-risk clients domestically and, providing armed shipboard security in the Middle East. He has served as an Instructor for the Florida Counterdrug Training Academy, the Federal Law Enforcement Center and several training academies. Kyle has been providing high quality instruction to Military, Law Enforcement and the Private sector for close to twenty years. He also serves his Department as a reserve SWAT Sergeant.

Kyle has also spent time advising and, appearing, in several Special Operations television shows sharing his expert opinion and performing firing demonstrations. Additionally, Kyle has worked in the Defense Industrial community, representing many companies to include ITT Night Vision, Aimpoint and TNVC. Through these companies, and his contacts within the DOD and LE agencies, Kyle has kept his finger on the pulse of the Industry and, kept in constant touch with the changes in both equipment and tactics. That combined experience, over a broad spectrum of clients, is where he bases his foundational learning concepts.