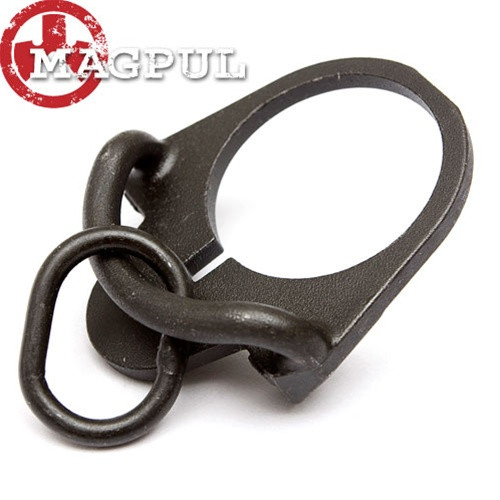 The ASAP was designed to give a shooter over 180 degrees range of motion of the sling attachment point and can be used ambidextrously by both left or right handed shooters. This sling mount gives the shooter a tactical advantage allowing a full range of motion and minimizes binding while switching shoulders. This is particularly important in situations such as shooting around corners or if the shooter was injured. The ASAP is designed for use with One Point slings with a snap hook (such as the Magpul MS2 Sling) on CAR-15/M4 Carbines.

Works with both Military and Commercial Carbine Receiver Extensions

Mil-Spec Black Manganese Phosphate finish
***This product contains chemicals/materials known to the State of California to cause cancer and other reproductive harm. To learn more, visit www.p65warnings.ca.gov.***